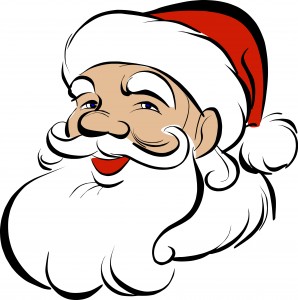 It’s once again time to track Santa’s whirlwind trip around the globe.

NORAD has been tracking Santa since Christmas Eve in 1955, when a typo in a newspaper gave kids the government organization’s direct number. NORAD uses a radar system with 47 installations across Canada’s Northern region and Alaska, watching for indications of Santa leaving the North Pole.

Google has also put its engineers on the job, working with Santa’s elves to build a Santa Tracker app. Their dashboard uses Google Maps technology to follow Santa’s progress around the world.

Tracking Santa is managed by the North Pole Tracking Department, which gets its news directly from Santa. A single elf got the project started in 1991, when Santa updates had to be sent to little kids via fax.