Holly Dunn has died from a rare form of cancer 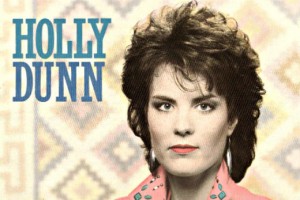 “Daddy’s Hands” singer Holly Dunn has passed at age 59 after battling a rare form of cancer.

A close family friend told WSMV-TV that Holly passed away at a hospice facility in Albuquerque, NM, surrounded by friends and family members.

She revealed she was fighting ovarian cancer back in March.

Holly was a major contributor to Country Music in the 1980s with hits like “Daddy’s Hands” and “You Really Had Me Going.” However, she tired of the music business and went on to pursue a career as a painter.

Eric Paslay is our newest Brand Ambassador.. He just wants to do a good job.