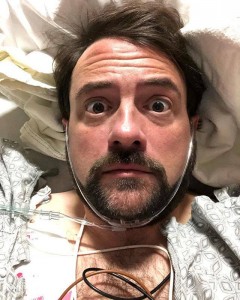 Friday the 13th tour at the original Camp Crystal Lake! 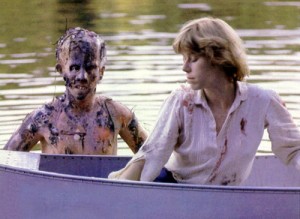 Hi! It’s Candy! One of my BFFs, Kristyn Poston, posted this on FB.  How neat is this? A Boy Scout fundraiser that lets you live out a Friday the 13th experience. Plus Adrienne King (from Friday the 13th 1 and 2) (pictured above) will be on hand for some of it! Its in NJ but man – what a fun idea for a Friday the 13th fan! Here are the details from their website https://www.crystallaketours.com/tour/tickets/

As this is a fundraising event for a non-profit Scout camp, we truly appreciate your generosity in purchasing a ticket.  This fundraiser will go a long way in preserving these historic structures for generations to come.

REMINDER:  The camp is not open to visitors at any time outside an official tour date. Every tour attendee is required to have a ticket.  No tickets will be available at the gate on the day of a tour. Please review all event policies before proceeding.

The April 2018 tours are presented by the Sand Pond Society & C and V Promotions.

IMPORTANT – PLEASE READ:  A limited number of tickets are available for these tours and they sell out quickly.  In order to relieve the stress of the ticketing process, we will be moving to a lottery for the next tours.  To have a chance at tickets, please enter your information in the form below. Names will be randomly chosen and ticket offers will be sent via email.  Please be sure to submit an email address that you check often as you will have a limited amount of time to purchase a ticket before the offer expires and goes to the next random name.  No purchase is required to enter the ticket lottery.

The news was shared by Craig Campbell on social media.

“Completely heartbroken to learn of the passing of our friend Daryle Singletary this morning,” the statement reads. “He was one of the best men we’ve had the privilege to meet and work with in this business, both professionally and personally…”

Daryle  Singletary was born March 10, 1971 in Cairo, Georgia. He and his wife, Heather were lifelong Dogs fans.  At an early age, he sang gospel music with his cousins and brother. Later on, in high school, he began taking vocal classes as well. By the early 1990s, he had moved to Nashville, Tennessee in pursuit of a record deal.

In Nashville, he found work singing during open-mic nights at various venues, before finding work as a demo singer. One of the demos that Singletary sang was “An Old Pair of Shoes”, which Randy Travis eventually recorded. Travis recommended Singletary to his management team, who helped him sign to a recording contract with Giant Records.

Daryle was best known for his hits, “Too Much Fun”, “Let Her Lie” and “Low Expectations”. He was on tour and last played the Rodeo Club in Dadeville, AL Friday night.  In what turned out to be one his last interviews, he expressed his love of making music to pay the bills, to Mitch Sneed in the Alex City Observer.

“Every time I get on stage I can’t help think about how lucky I am to be standing up there doing something that I love the way that I do,” Singletary said in a telephone interview last week.  “We’ve been very fortunate to stay on the road, year in, year out – for 22 years now. I continue to work and continue to build a fan base…”

“There’s no magic formula. I just go out there and play the music I love and have a good time with it.  Thankfully for us, there are still a lot of people out there who want to hear traditional country music and they’ve been finding their way to our shows all over the country.”

Daryle Singletary was 46. He is survived by his wife, Heather, and four children.