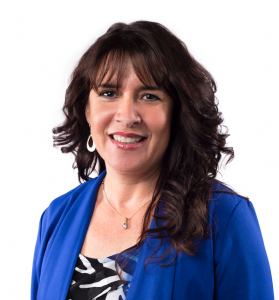 One of the original members to the Cat Country family,  Norma Garcia grew up in New York City, attended Adephi Univeristy and started her Advertising career at Katz Communications  with the American TV division were she spent 5 yrs.

After moving to North Carolina in 1991 to follow her Husband with his Navy career, she began selling Radio for a Country and Urban station group.

In 1994 moved back to Pensacola were she started selling for popular radio stations in the community.  Norma built a long list of clients and relationships.

When Cat Country was born in November of 2003, Dave and Mary Hoxeng asked her to join them in a journey of growing a start-up, community involved station, that this town had never seen.  With great plans ahead, Norma came on board as the second sales and marketing consultant for the station in February of 2004 , many of her clients followed and the rest is history.

Norma is a member of Impact 100, and volunteers at several non-profits. She enjoys cooking for friends, spending time with her family and traveling with her Husband.