WYCT (98.7 FM) is a radio station known as “Cat Country 98.7,” and caters to the Pensacola, Gulf Breeze, Pace and Milton markets as well as Baldwin County, Alabama.

Owners Dave and Mary Hoxeng applied to the FCC in 1987 for a new Pensacola station at 98.7. After long delays in winning license in Washington, they moved to Pensacola in 2002 to construct the new 100,000-watt FM radio station from the ground up. The station was started on 40 acres of raw timberland where a new 942-foot tower in Baldwin County with associated “hurricane proof” blockhouse was built. Dave and wife Mary debuted the radio station as Christmas Radio 98.7 in November 2003, and switched to Cat Country 98.7 on December 26, 2003.

According to monthly Solutions Broadcast Research,
Cat Country 98.7 has risen to deliver the largest Pensacola audience of adults aged 25 to 54, which is the most valued demographic by advertisers.

Have you heard… Radio Works?
Check out the Study Here! 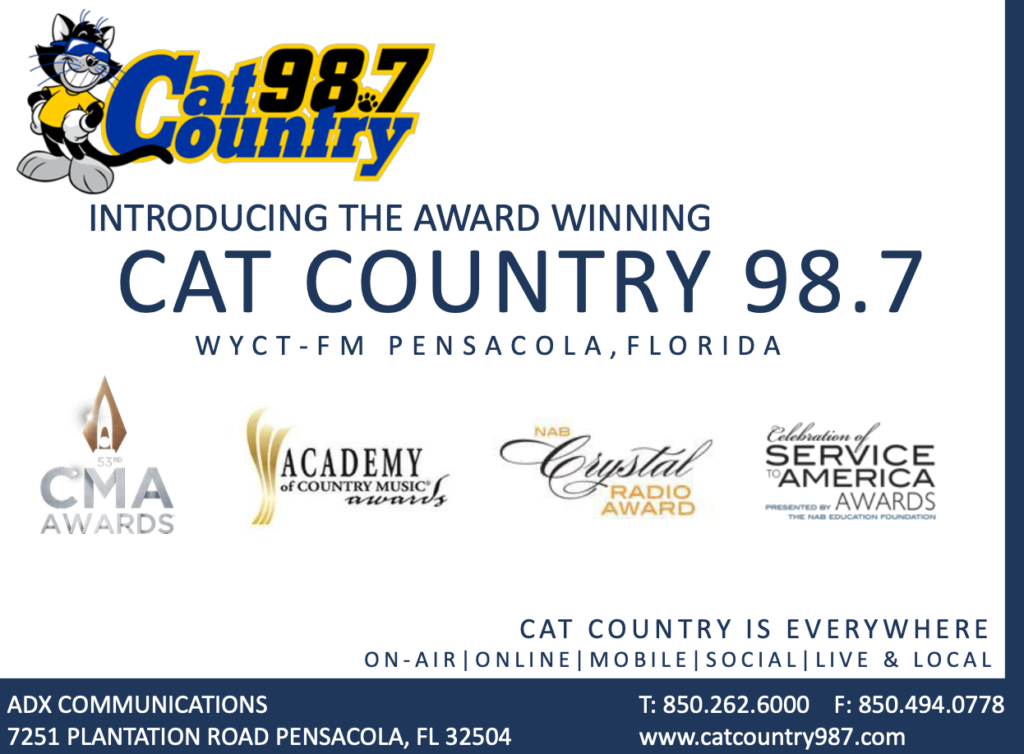