Keith Urban’s next studio album will be very different. In a new interview with Rolling Stone, he says a collaboration with Pitbull called “Sun” which includes a rap verse — a first for one of his records.

“He brings a mischievous, sexy swagger to it, in a very different way,” Keith tells the magazine.

Another track called “Gone Tomorrow, Here Today” producer Jeff Bhasker calls a “banjo fusion.” According to Rolling Stone, it features a lick where Urban’s banjo sounds like a sitar. That song also includes “a verse he spits so quickly it’s almost like he’s rapping.”

“This is way more than I’ve ever cut before,” he says. “It was a lot of searching, a lot of experimenting, and when you get to work with as many people as I did, you end up with a lot of stuff.”
Keith also collaborated with Nile Rogers and busbee for a song called “Sun Don’t Let Me Down.” The song was in part inspired by Urban’s wife, Nicole Kidman.

“In the end of the first verse, it actually references my wife,” he shares. “She’s in a movie called ‘To Die For’ and in one scene she’s dancing in front of the headlights. So the lyric goes: ‘There in the headlights, dancing like she’s in a movie scene. To die for, and she’s killing me.'”

Other song titles revealed in the article include “Blue Ain’t Your Color,” which Rolling Stone likens to “a waltz-like ballad,” as well as what they call “a U2-style anthem” titled “Boy Gets a Truck.” 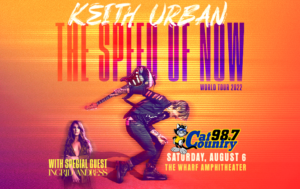 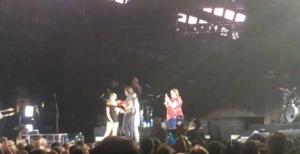 Keith even called the dad… 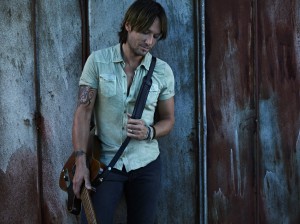 Keith Urban Talks About His Emotional Reaction On Idol