Jana Kramer and Michael Caussin have welcomed Jolie Rae Caussin into the family. She was born yesterday (January 31), and she says they are “so thankful for this wonderful blessing!”

People reports that Jolie Rae entered the world at 4:01PM in Nashville, weighing just over seven pounds and measuring 19 1/2 inches. She’s a first for the couple that was married in May 2015 and announced they were expecting in August.

Welcome to the world our sweet princess Jolie Rae Caussin. Momma and daddy love you so much.

The last few weeks of pregnancy were a struggle for Jana, who was one of the few women who experienced morning sickness throughout her entire pregnancy. 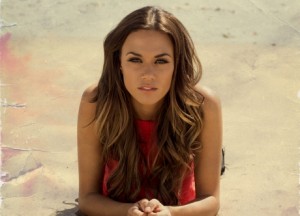 Janna is more than ready to be done with pregnancy…