Jake Owen Hits The Road On The ‘Love Bus’

Jake Owen is planning a road trip, and you can join him along the way. He announced the big news on today (February 29) in a video he posted on Facebook.

Bringin' you some awesome news#americancountrylovesong

“I have a new album coming out, a new single coming out called ‘American Country Love Song,’” he explains. “I had this exciting idea to spread love as much as I can, spread positivity. All of y’all out there know over the years that I love to spontaneously interact with my fans and friends out there on the road. I’ve always been obsessed with Volkswagen busses. I love the freedom of them, I love the idea. I wish I could transport back to the ’60s and ’70s and take a cross-country road trip.”

You may remember, Jake recently bought a 1966 Volkswagen bus that he has named the ‘Love Bus’. He’ll be making his way to Key West and plans to meet fans along the way. You can follow his journey and stops through the bus’ Twitter and Instagram.

“We hope to see you guys along the way. We’re going to keep in touch with you,” he adds. “We’re going to post to Twitter and Instagram, keep you updated to where we’re going, what we’re gonna do, how we can interact with you. Let’s spread some positivity and love.” Jake Owen partnered with Governor Rick Scott to raise funds for those in Florida who were affected by Hurricane Irma. 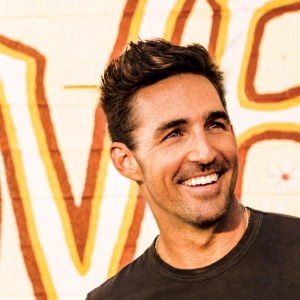 He hadn’t made it to his first stop…