Comic actress Amy Schumer was a big tipper for a group of New York bartenders.

Comic actress Amy Schumer was a big tipper for a group of New York bartenders.

(CNN)Amy Schumer remembers when she struggled before she became a star, and that proved to be lucky for a group of bartenders.

The comedian reportedly left a $1,000 tip on a $77 bill Saturday for the bartenders at the hit Broadway show “Hamilton.”

“I was very touched, it was just something so generous and so kind that you don’t see every day,” Madeleine DeJohn, a bartender at the Richard Rodgers Theater in New York, told the New York Daily News.

Schumer was in the house taking in a performance with a group that included boyfriend Ben Hanisch. 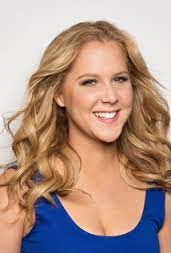 Amy Schumer will no longer take pics with fans...

Im guessing it was a Panthers fan.  GPKP