A League of Their Own Mini Reunion

Geena Davis and five of her teammates got together for a mini A League of Their Own reunion at a softball game to cap the second annual Bentonville Film Festival, which Davis co-founded in 2015. 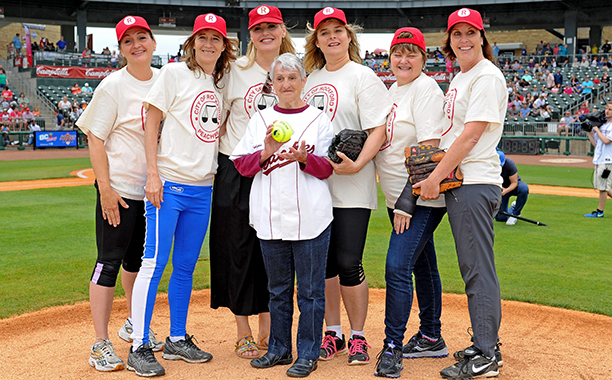 Davis was joined by five other Rockford Peaches, the team portrayed in the flim, including Megan Cavanagh, who played Marla Hooch; Ann Cusack, who played Shirley Baker; Tracy Reiner, who played Betty Spaghetti; Anne Ramsay, who played Helen Haley; and Freddie Simpson, who played Ellen Sue Gotlander. Gina Casey, a former member of the All-American Girls Professional Baseball League, formed in 1943, joined the Peaches to throw the first pitch in the game.