Carnival Kick off and Parade – May 21 and May 29th

CARNIVALE KICK-OFF CELEBRATION AND BLESSING OF THE KREWES

Pensacola Florida has designated May 21st through June 5th as Carnivale Season. Mardi Gras events did not happen however, Pensacola will rekindle the Mardi Gras Spirt with a two week special celebration. The 2021 Kick-Off will take place May 21, 2021 at Roger Scott Athletic Complex and will include the traditional Blessing of the Krewes along with a concert style dance party featuring beverages and food.  Tickets to the 2021 Carnivale Kick-Off Celebration are now available for purchase. All tickets previously purchased will be honored. Socially responsible practices and procedures will remain. Tickets are re-priced at $50 for General Admission and $120 for VIP tickets, which will be limited in number. When VIP sells out, there will be NO additional VIP tickets sold. Attendance to the event will be capped at 3,000.

ALL PREVIOUSLY PURCHASED TICKETS WILL BE HONORED.

Pensacola Mardi Gras events did not happen and Pensacola is following other Gulf Coast Communities in re-envisioning a classic celebration of our community, Krewes, and customs.

The Pensacola Grand Carnival Parade is annually the largest and most extravagant parade in Pensacola. This parade itself, brings the most attention from the public and the highest traffic with attendees and participants numbering in the hundreds of thousands, is the largest gathering of people in Downtown Pensacola during the entire year. The Grand Mardi Gras Parade features most of the Krewes from the area, local organizations and companies and everything from marching bands to Scout groups. Many parade entrants come from out of town as well.

The parade has over 6000 people who participate in the parade, often over 100,000 t the parade. Media coverage is tremendous with the largest parade than we do, but none have any bigger. The parade is broadcast live on local TV and coverage of the parade including radio, TV, print, and social media has a reach of literally millions.

The parade takes place on Palafox and Garden Streets in historic downtown Pensacola. The Parade starts at 2:00pm and continues until around 6:00pm.

The Grand Carnival Parade is by far the the largest event of  of Downtown Pensacola annually, and will prove to be the highlight of the season again this year. 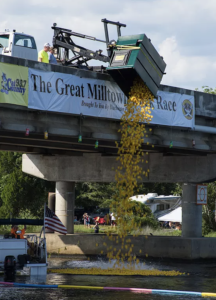 What is it and how can you participate… 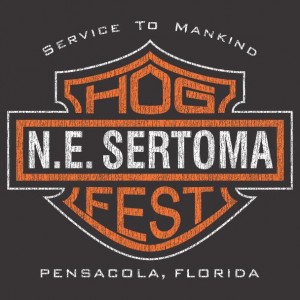 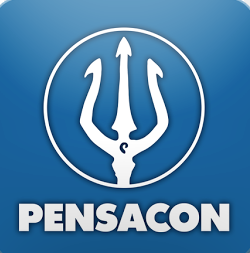