The city of Pensacola, Escambia and Santa Rosa counties are suspending all permitted events with 50 people or more for at least two weeks in response to the spread of the coronavirus. Please see list below for affected events:

Several Pensacola organizations, arenas and event organizations also announced their plans for events coming up in the future:

United Way of West Florida’s COVID-19 Response Fund will support families within our service area that have been economically impacted by the pandemic. 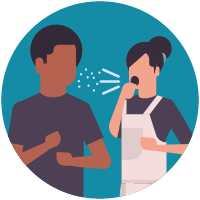 COVID 19 Resources from the CDC

Here are some helpful resources.