Country Stars Who Have Thier Own Hollywood Walk of Fame Star

Carrie Underwood received her star a few weeks ago, while Roy Acuff was honored in 1960. Alabama, Eddy Arnold, Gene Autry, Clint Black and Garth all have their stars. Brooks and Dunn received their Hollywood Walk of Fame Star in 2008, Glen Campbell in 1960, Johnny Cash in 1976, Patsy Cline in 1999, and John Denver in 2014 are all in the select group.

There are a few surprises; Dolly has two Hollywood Walk of Fame Stars, Gene Autry has 5 stars, one in each nominating category. Stars must agree to pay $40,000 to get a star, and the star must agree to receive the star (only 2 have declined the offer, names not released) and 4 stars have been stolen (Gregory Peck, Jimmy Stewart, Kirk Douglas, and one of Gene Autry’s stars) 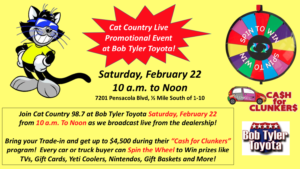